Vilfredo Pareto, an Italian, was busy harvesting peas in his garden when he made an interesting observation. He noticed that some peapods had a lot more peas in them than others.

On counting the number of peas in each peapod he found that 80% of the peas came from only 20% of the peapods.

Vilfredo was an economist and he noticed the same pattern in how wealth was distributed in Italy.

This pattern still holds true today. In most economies, a small group of people own most of the wealth.

The 80/20 pattern is everywhere

This 80/20 pattern is found everywhere and it is known as the Pareto Principle (in honour of Vilfredo Pareto) or the 80/20 Principle.

Here are some more examples.

When analysing crime statistics, it is generally found that 20% of criminals commit 80% of all the crime. These 20% are the repeat offenders.

In the business world, if you analyse your sales you will likely find that 20% of your customers give you 80% of your sales. These are your most valuable customers.

If you’re a non-profit organisation you will find that 80% of your donations will come from 20% of your donors.

Microsoft once reported that they would be able to solve 80% of system crashes by fixing the top 20% of the system bugs. 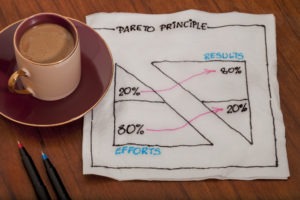 You may wonder whether the percentages of 80% and 20% always apply exactly ?

The answer is no – it can be 90/10 or 70/30. Nevertheless, the principle holds true where a minority of the items will be responsible for most of the output / impact.

The Pareto Principle is known as the law of the “Vital Few” and the “Trivial Many”.

The 80/20 rule applied in business

So how can you use this knowledge to get ahead in business ?

The answer is to focus your energy on the “Vital Few” and not waste it on the “Trivial Many”.

Let me show you how, with a practical example.

In business, the goal is to increase profits.

Now there are many different things you can do to increase profits.

You could try to:
– Increase sales i.e. the more you sell, the more profits you should make.
– Negotiate better deals with your suppliers i.e. buy at lower costs.
– Cut overheads e.g. companies often retrench staff to do so.
– Increase prices i.e. if you can sell the same amount of goods at higher prices you will make more profits.

I call these various actions “profit levers”. Think of these as levers that you can pull to increase the profits of a business.

The question is – which of these profit levers should you pull?

Should you try and pull all of them?

The answer is no.

Firstly, in business you generally don’t have the resources, time, energy and management focus to do everything at once.

Secondly, the Pareto Principle teaches us that not everything is equally important.

What we should do is identify those actions (the “Vital Few”) that will result in the biggest increase in profits.

Many years ago, I took over the management of an operation that was losing millions of Rands.

In order to become profitable, the team were cutting overheads and were pushing the staff to be more productive i.e. get more work done in less time.

By conducting a financial analysis of the business, I realised that these actions were not going to have a major impact on the profitability of the business.

In other words, the team was focussing on the wrong actions.

What I discovered was that the prices we charged our customers was a much more important factor. In fact, if we got a 1% price increase, our profits would go up by 10%.

We were also subcontracting a lot of work out. My analysis showed that if we could reduce our subcontractor costs by only 5% it would result in a major increase in profits.

So with my team, we changed direction and focused on initiatives to increase our prices and reduce our subcontractor costs i.e. we pulled these two profit levers.

This is the power of the Pareto Principle.

So remember, don’t focus on everything but only on those things which will have the biggest impact.

By doing this you gain leverage.

Think of leverage this way: for a given level of effort what activity will give you the GREATEST BENEFIT ?

This activity, with the highest leverage, is what you should focus your energy on.

Archimedes, the ancient Greek mathematician and engineer reportedly said, “Give me a lever long enough and a fulcrum on which to place it, and I shall move the world.”

Now that you have read the story above, does it mean you should also go and increase your prices ?

The answer is no.

Price was the most important lever in my example above but in your business it could be something else.

How do you find out which levers are the most important ?

The answer is to develop a financial model of your business so that you can see how it will perform under different scenarios.

In order to do so, you need to have a certain level of “financial intelligence”.

This is a skill you can develop, and once you do so, you can combine it with applying the Pareto Principle to get superior business results.

I’ll talk more about this in future articles.

What do you think?

What do you think of the story of Vilfredo Pareto and the 80/20 Principle ?

Can you think of any instances in your own personal life, business or career where the Pareto  principle applies?

Let me know in the comments section below.

If you found this lesson useful please share it. You can do so by clicking on one of the buttons below. 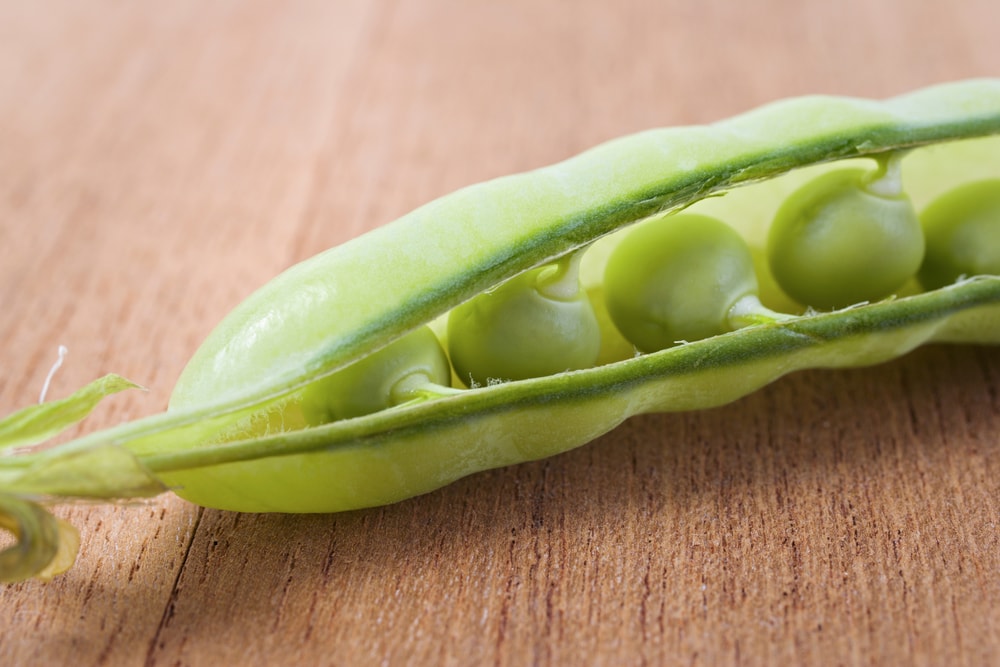